Statement of Intention on Social Justice 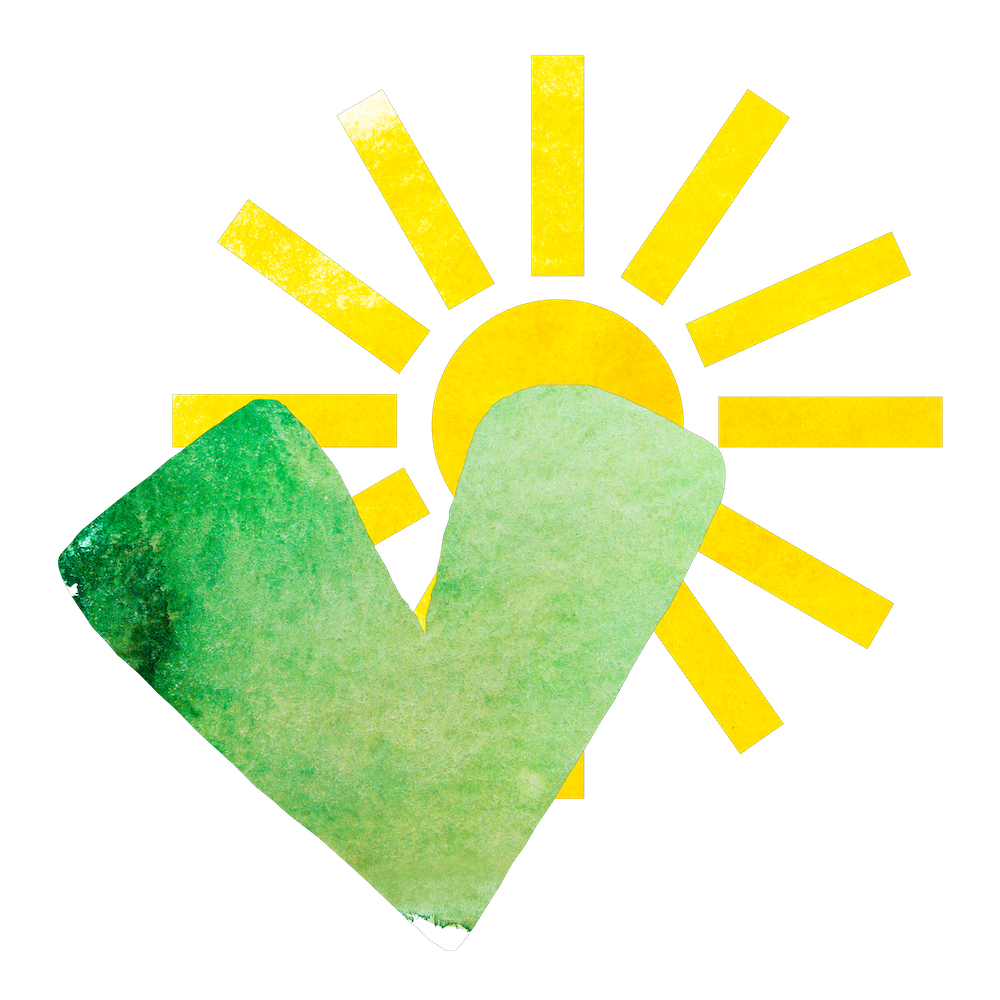 We will continue to date the last update because we anticipate this document to be living and always in process, reflective of our ongoing growth and learning. We invite community feedback through the form at the bottom of this page.

In 2018, the NOFA-VT staff and board worked through a strategic planning process that resulted in an updated mission statement. The culmination of that process was the addition of ‘social justice’ as one of the three foundational pillars of a thriving future for organic farming. Since that time, NOFA-VT as an organization has been learning, assessing, and deepening our understanding of what it means for our work to add social justice to our mission.

This deepened focus has come in the form of training for our team, shifts in our work and programmatic offerings, through partnerships and listening. Our focus has equally been sharpened and clarified in the moments of us missing the mark--  saying the wrong things, not showing up when we should have, or in not knowing what we didn’t know.  All of these pieces of learning have helped us move into the moment we arrive at now, ready to share our intentions with as much clarity as possible with our community, knowing that this work will always be ongoing and revisited.

Our team’s statement of intention is a small part of our ongoing process as an organization to better articulate and work toward social justice in agriculture. Continuous improvement is a key management principle that organic farmers utilize to constantly assess and make improvements to the land which they are tending. We apply this same principle of continuous improvement to the work we do as an organization. Our relationship to our mission (and by extension, this document) will, and should, necessarily change and develop over time. It is a living, imperfect effort that we expect to revisit, amend, and deepen as we learn and as our work evolves.

We recognize that our organization has not always centered social justice as core to our work. We understand this omission is part of a larger absence of its integration in the broader organic farming movement and wish to take our place in remedying that.

Our team has been working on how best to speak about this deepening of our commitment to the slow, challenging work of striving for social justice in agriculture and the food system. There have been moments when we used the wrong words or didn’t fully explain what we meant, when we relied on jargon-heavy terms rather than simply demonstrating through our actions. As an organization, we want to work on doing the slow and challenging work of trying to support more justice in our food and farming system, rather than telling about that work.  These moments of falling short have been a part of the learning process that has demanded that we as a team get clear about what we mean, more rigorous in our commitment to public learning and process, and finally, more robust and complete in our work.

This document is now offered to the general public in service to that goal, as one way of sharing some of NOFA-VT’s staff’s thinking with our broader community. We hope to hold ourselves accountable and to share our process publicly in an effort to invite collaboration and input.

You are invited to share feedback through the below form and we will connect back with you. It is only through dialogue and relationships that our learning and work develops, so thank you in advance for any input.

In the United States, we are all inheritors of a legacy of a painful history with regard to agriculture and land: land theft, stolen labor and slavery, genocide, and systemic racism formed the foundation of American agriculture, and remain endemic in our food and farming systems today. We seek to both acknowledge these harms and find our place in repairing them.

In our early days, NOFA-VT grew out of a primarily white-led back to the land movement. At NOFA-VT, we come together across class differences, which has been an important point of learning and growth within our team and community. Farmers feed us all, and yet they still often struggle for financial stability. The ability of all farmers and farmworkers to make a viable living is critical for an equitable food system.

Historically, the organic movement has focused on ecological principles, while it has grappled with how to incorporate social principles. Many have fought for worker justice and food equity to be included, but these principles have not yet been incorporated into the National Organic Program’s definition of ‘organic’.

Built from this foundation of a primarily white-led movement, our staff and board continue to be majority white, able-bodied, cisgendered people who largely have had access to higher education and stable housing, even as their class experience varies. We are an organization that grew from, functions within, and benefits from a society that has systematically alienated, oppressed, and marginalized people of color, as well as oppressed others based on religion, sexuality, cultural and gender identity, economic status, physical ability and beyond, to keep power consolidated in the hands of few.

As an organic farming community, we have often failed to acknowledge that many foundational principles and practices within organic agriculture were originated by people of color (examples include permaculture, CSAs, pick your own, and more.) We have collectively raised up white and most often male leaders in these areas and omitted leaders of color and other marginalized people who have been on the front lines growing and providing food for centuries.

NOFA-VT has not always been welcoming to people of color, as well as people of nondominant religious, cultural, gender, and sexual backgrounds and identities.  We have heard directly from partners that some of our gatherings have felt overwhelmingly white and not relevant or representative of the full spectrum of people interested in farming for people, land and justice. We appreciate and hear this feedback and seek to do better. We seek to work beyond inclusion, to actively dismantle the idea that this is somehow NOFA-VT’s movement to welcome people to. We are unlearning our ownership of this work and working to recognize and align with global farming movements for people and land (largely led by people of color, women, and other often marginalized groups.)

NOFA-VT seeks to be a part of nourishing a healed and thriving food and farming system by employing social justice as the fundamental lens through which we assess, evaluate, and engage in all our work.

We share this document as a public statement of our intention, as well as our principles and beginning commitments below in writing with the general public and our valued community of members and allies.

Here's what we ask of you by sharing this: please encourage us to live up to our goals and aspirations. Please hold us accountable when we do not, or when we could more fully. Please forgive us when we inevitably fall short of our goals; but continue to hold us accountable. We feel honored and humbled to listen and learn with and from you.

The pursuit of a more just food system will lead us to better alignment with our mission. We seek to better understand how to share resources and power most equitably and effectively. We seek to support other organizations’ work with time and money when appropriate. We expect for our work to sometimes look like supporting others’ work behind the scenes.

We are committed to using relationships, trust, and communication (like this letter) to help engage the farmers and food producers of our state. We believe that working for social justice for all is not a zero/sum game, where some people benefit and others lose, but rather work that will build a more just and thriving system for all. There may be resistance or a perception from folks in our community who see this work as “mission drift”—even though we have affirmed this work as vitally necessary to our mission. We seek to build connection and understanding with these community members.

All of us come to this work from our own lived experiences and we learn through each community member’s input. The work to pursue social justice will likely change and inform both the content of our broader focus, and also how we do our work. It will strengthen existing partnerships, shift who our partners are, invite new partnerships, and shape who we are as an organization. We hope to arrive at a point when we can fully say that all of our programs and offerings, as well as how we do our work, aligns with our mission of supporting a “socially just, ecologically sound, and economically viable” agricultural system.

Principles for Doing This Work
Our Commitments
Term Glossary

Cisgender: A person whose sense of personal identity and gender corresponds with their birth sex.

Equity: Fairness for all, within the context of our nation’s history and current lived reality. Here is a graphic on equity vs equality vs justice.

For more information on how NOFA-VT sees these terms applying to agriculture and food systems, see some of the resources in our resource list below which we have found particularly illuminating and have helped to shape our thinking.

This article is a great broad overview of the history of racism in the US food system and the ways that history continues to define agriculture and food systems today.

This article provides a variety of definitions and explanations that are critical to understanding equity in the food system. Written by members of the HEAL Food Alliance, an organization formed and led by people of color, this is an invaluable resource.

The article provides a broad and concise account of inequities throughout the food system and poses important questions toward imagining a food system that is just and sustainable.

The One Thing My Farm Training Never Covered: Racism by Mai Nguyen

Mai Ngyuen’s personal account of facing racism in her career as a farmer clearly illustrates the ways that racism manifests in agriculture.

New Research Explores the Ongoing Impact of Racism on the U.S. Farming Landscape by Megan Horst

This article shares an approachable version of Megan Horst’s research on racial, ethnic, and gender inequalities in land ownership. She calls on white-led organizations to face the ways they are perpetuating racist systems and highlights efforts being made to center Indigenous people in decisions about land.

How to Support Vermonters of Color Podcast and Illustrated Guide by Angela Evancie and Anna Ste. Marie

Vermonters Of Color: How Can The State, And Its People, Support You? By Angela Evancie

Growing food as BIPOC from the HEAL Food Alliance

What systems do Black, Indigenous, and People of Color have to navigate in order to thrive as food producers?

Again, we invite your input to this document by contacting us through the form on this page.

Together we are stronger—thank you for your engagement.

Here is a link to all our signatures