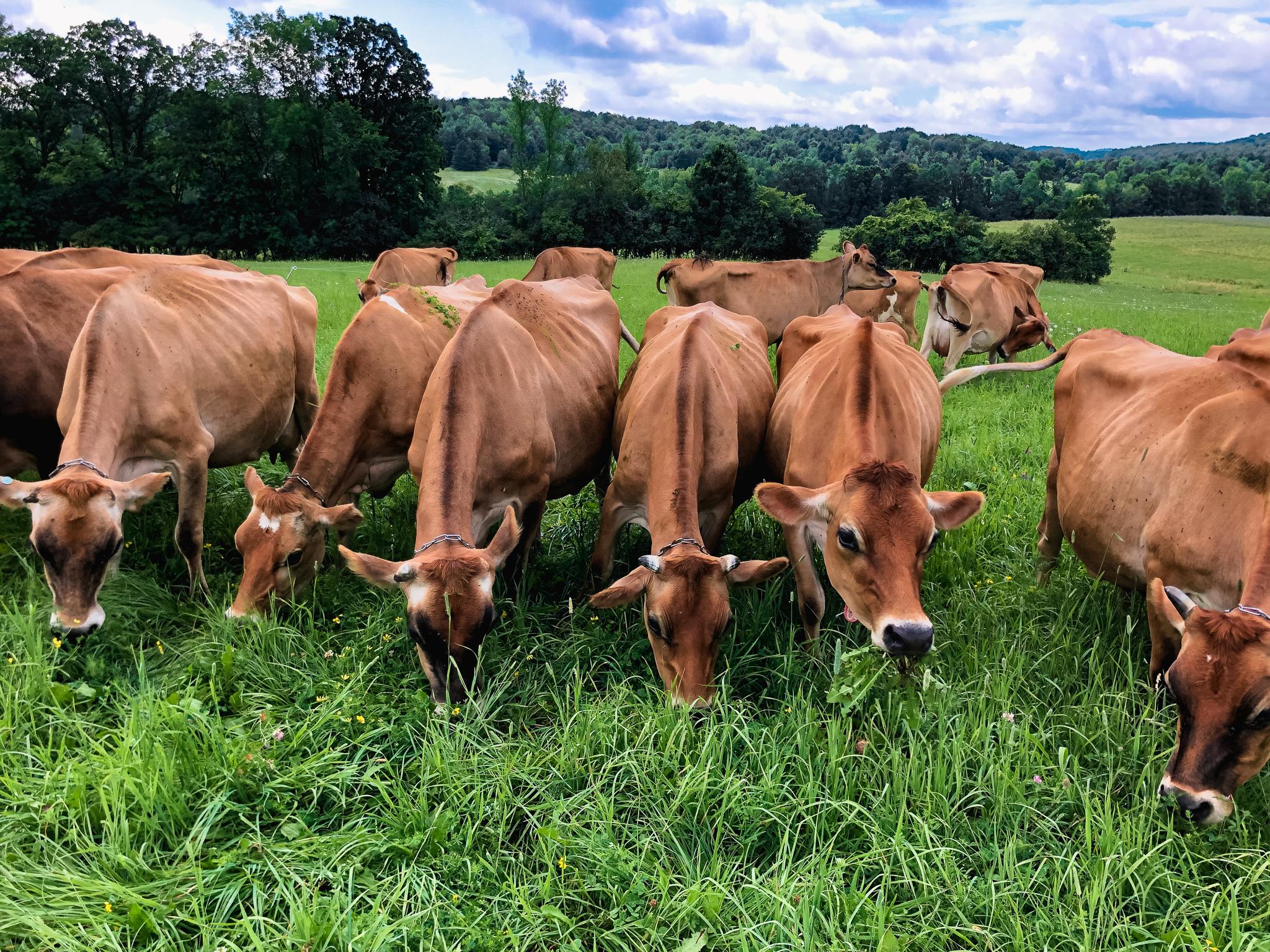 These remarks were originally given at an event hosted by Organic Valley on June 4th, 2022, to commemorate and celebrate Senator Patrick Leahy's contributions to the organic farming community.

Hello, and thank you for offering me the chance to join in the celebration today.

My name is Grace Oedel, and I’m the Executive Director of the Northeast Organic Farming Association of Vermont. I speak with profound gratitude on behalf of our whole community for your years of service.

In preparing for this event, I’ve been reflecting on the question of how Senator Leahy has inspired me personally, and made our work possible collectively.

Both the ‘what’, but also the ‘how’ come to mind when I think about Senator Leahy’s leadership.

First to the ‘what’– it’s hard to overstate the importance of the visionary, foundational work Senator Leahy has accomplished on behalf of small-scale, organic farmers– real people who want to do right by the land and their communities. Senator Leahy has helped position Vermont as the small but mighty beacon of the way farming can be done. He consistently lifted up small-scale and organic farming long before it was popular, celebrating it as essential for thriving people and land. He understood organic farming as a critical tool that would help reverse ecosystem collapse, build soil health, and mitigate and reverse climate change to keep our communities thriving and resilient.

In 2020 we marked the 30th anniversary of the enactment of the Organic Foods Production Act, which Senator Leahy championed as Chairman of the US Senate Agriculture Committee. Simply put, without Senator Leahy, we would not have a National Organic Program. With the formation of this law, he helped build what has become a multi-billion dollar industry– but even more importantly, he helped to further a national movement of farmers, who are feeding people while healing the land.

But Senator Leahy did not establish the rule, brush off his hands, and pat his own back. He has hung in there for the last thirty years, staying with the much less flashy, but even more important work of tending: thankless, tiring work of steadily pushing to ensure that organic standards maintain integrity. He has lifted up the need for holistic solutions to complex problems. He has raised deep, hard questions about our policies and lawmakers. He has never grown complacent about business as usual.

I can not fully enumerate all the ways Senator Leahy has stood up as a champion– but I’ll share a personal experience instead that leads from the “what” into the “how” :

At the start of the covid pandemic, NOFA-VT wrote up some policy suggestions, based on crisis situations our farmers were experiencing. We sent these to Senator Leahy’s staff before the first relief act was passed. The night the legislation went through in DC, I got a call quite late in the evening. I was surprised to hear the voice of Senator Leahy on the other end. “Grace!” He started. “It’s Patrick Leahy”—as if of course, I would expect his call and we were old friends regularly gabbing in the evenings.

He was calling to share that he had made sure our farmers would be supported and that operations of all types would qualify for funds others had tried to make available only for larger operations. He told me that he had held a copy of the paper we sent in his hand as he worked to allocate spending. Even in the swirl of a global catastrophe, he wasn’t going to lose the forest for the trees. Concern for real people was always at the heart of his work.

Before we said goodnight, he paused to ask me how my pregnancy was going, if my other two children were staying well. He remembered their name, asking about them each in turn. I have heard this over and over from other farmers and colleagues: Senator Leahy cares about people.

He knows their kids, if they’re sick or expecting, or grieving– he always thinks it’s worth taking the time to check-in. He never projects being more important, too busy to care or remember. I’d be remiss to not mention Marcelle here, too– it’s so clear that Marcelle and Patrick Leahy work as a team–that they love, celebrate, and lift each other up. They offer a picture of supportive partnership– bringing out the best in each other in service to the broader community.

Another NOFA farmer, who sent her regards here today from the hayfield, recently told me a story of Senator Leahy showing up on a farm in Thetford at a rally for integrity in organic standards. It was hard to hear him from the ground, and there was no fancy stage setup, so Senator Leahy clambered up on top of a rickety wagon, and spoke from there.

Another shared about how she had called Senator Leahy’s staff with a problem that she and other farmers were facing and soon thereafter he’d showed up to walk around the pastures and discuss face to face with her.

Finally, a friend summed it up simply: “Senator Leahy is a kind and gentle soul, but he has a fierce and determined commitment to his values.”

Times are hard, unpredictable, and rugged right now, for organic farmers–for everyone. We need Senator Leahy’s energy more than ever–both the what, but especially the how. Fierce kindness, gentle determination. An orientation to real people, a commitment to service, to asking hard questions, and persistence in hard, thorny work. We’ve been lucky to have your leadership and support for the last fifty years. It’s time for us all to rise to his example.

Let’s all find the bravery, humility, and the active hope to scramble onto whatever rickety wagon we can now, to speak truth in service to the community. With all honor and gratitude to you, Senator Leahy. Thank you.